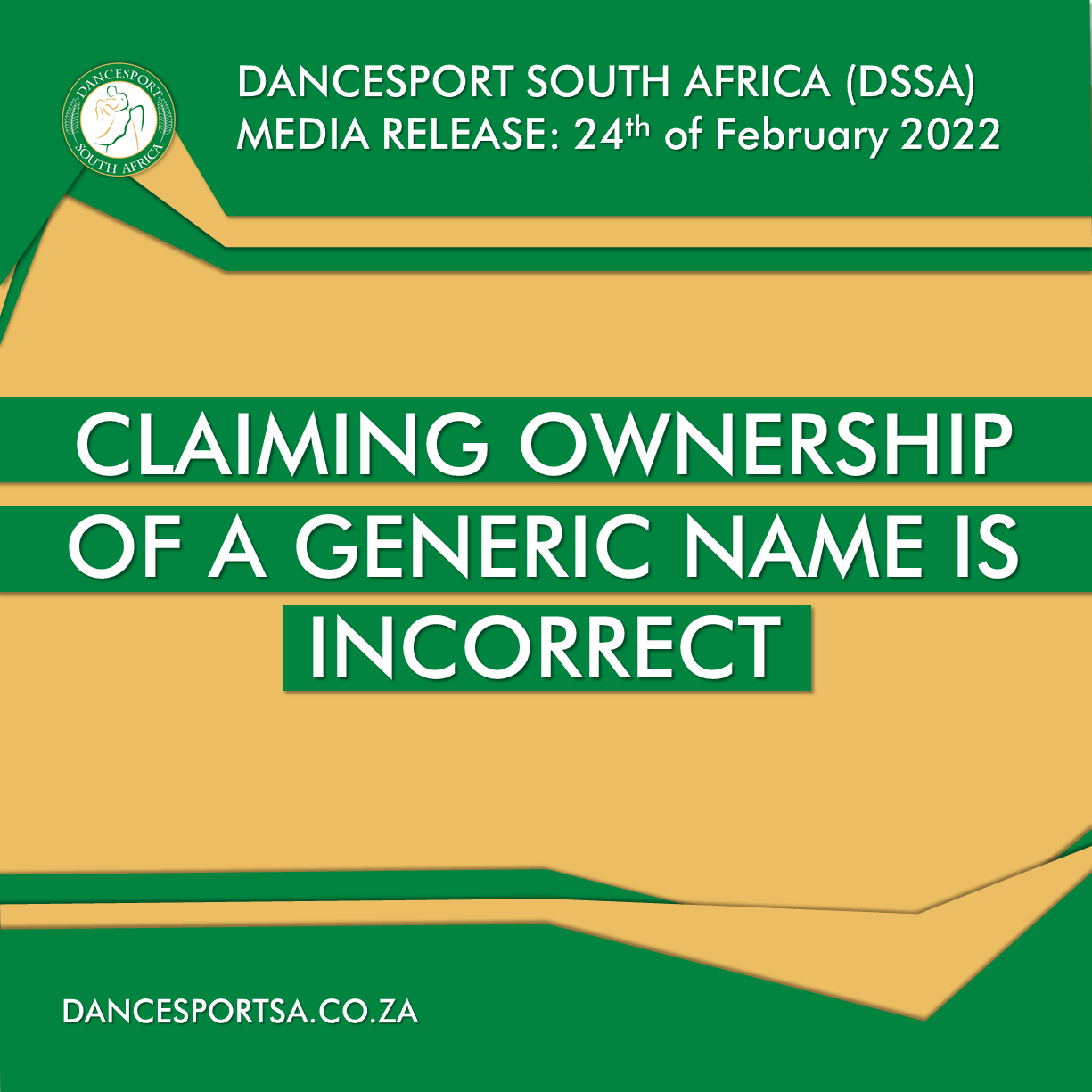 24 February 2022: “No one can claim ownership of a generic name such as DanceSport,” says Thabo Phiri, President of DanceSport South Africa. He argued that it would equate to wanting to own words such as soccer or kitchen or even chicken franchises fighting for exclusivity in using the word “chicken” as part of their business names. DanceSport is a global name – no one can have exclusive rights to it.

Mr Phiri made these strong assertions following the claims levelled against his Federation by Frans Sema and South African Dance Foundation, who took them to court, claiming that DanceSport South Africa was stepping on their toes and infringing on the Foundation’s trademark by using the words “dancesport” in its name. Although the ruling was in favour of the Foundation, Phiri believes that the judge erred in his judgement, and the Federation was as such appealing the order.

“As the Federation we also find the actions of the Foundation to be malicious by taking this matter to media while they are well aware that this issue has been appealed and sent back to court”. “Our name since 1994 was and still is Federation of DanceSport South Africa responsible for all the amateur dancers in South Africa, however over time we removed the word “Federation” and continued to operate under the name DanceSport South Africa registered under the Companies and Intellectual Property Commission (CIPC). The Foundation, on the other hand, is responsible for professional dancers only and does not have the right to claim sole ownership of the name if it is unable to provide proof of ownership, but we acknowledge that they have the right to the event name “DanceSport Championships” only under trademarks, ” says Phiri.

In 2014, after being in operation for 20 years, the Federation rebranded, and created a new look to identify the South African DanceSport unity and incorporate the South African gold and green national sport colours. The new design also introduced the new name, DanceSport South Africa – a change representative of all dance forms recognised by SASCOC.

“This is proof that DanceSport South Africa is not a franchise but rather, it is a Federation. It is quite disheartening for Sema and the Foundation to want to fight this battle through the courts when we have reached out to them previously, asking for unity in moving this sporting code to greater heights for the benefit of all the athletes. We prefer to engage in the development and unity agenda of the sport instead of fighting issues of ownership of names, however, the matter is currently in the courts, and want to see justice prevail as we believe in the South African judiciary system,” Phiri concluded.