We are excited to welcome our very own World DanceSport Federation Adjudicator from South Africa and now based in Germany, Grant Mandon Baartzes as one of our hosts and an esteemed facilitator.

Gear up for one of DSSA’s most dynamic and electrifying camps for dancers with an exclusive list of International Facilitators.

Register by clicking the Registration Form image link below. 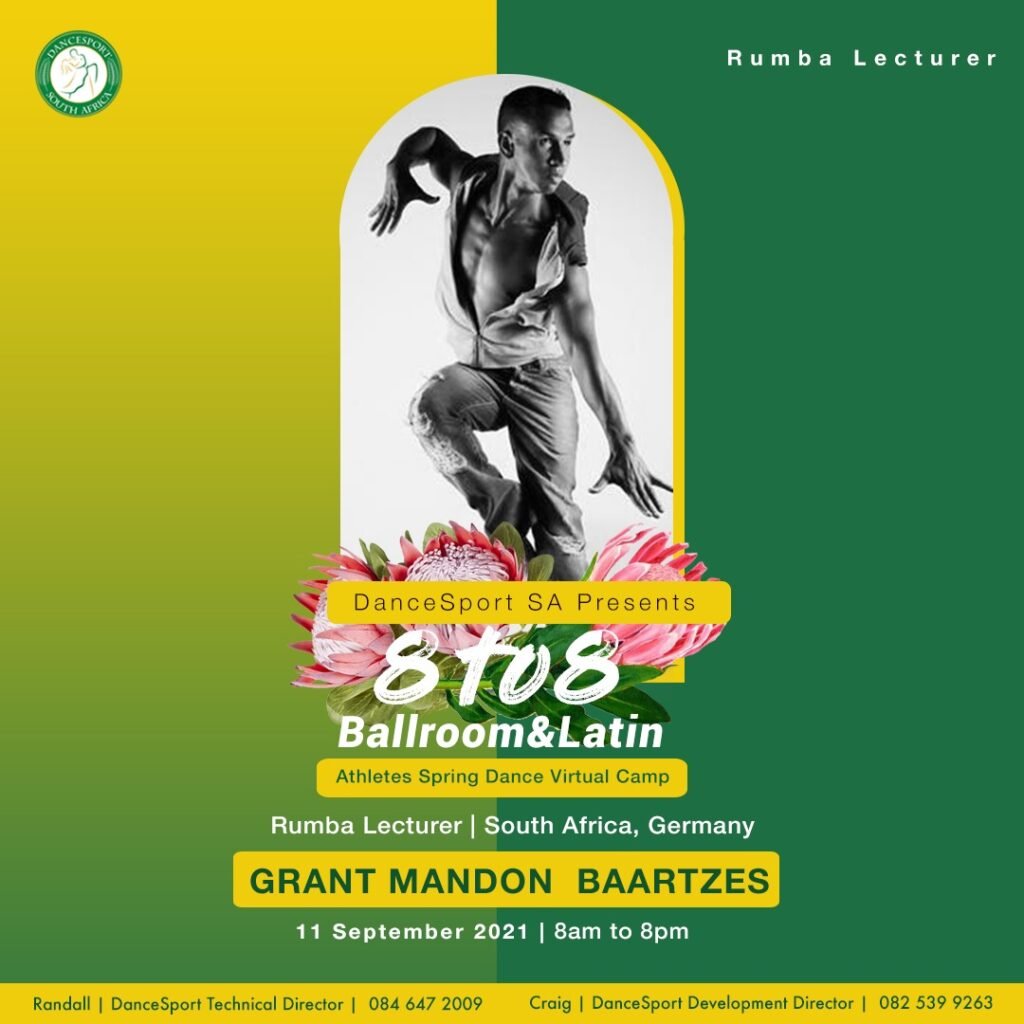 Proudly South African Grant Mandon Baartzes is a classical Ballet trained dancer. Having used his ballet background to enhance the principles of Ballroom and Latin dance, he quickly climbed the ladder to becoming one of South Africa’s greatest exports. He is currently based in Berlin, Germany where he teaches medalist dancers and champions alike. He also travels extensively to judge WDSF events all around the world.

Grant holds a WDSF Adjudicator A Adjudicators Licence since 2012 and also holds a PD Licence.

Grant will share his experience in Dance in a lecture on Rumba and discussions about competiquette on an international level. 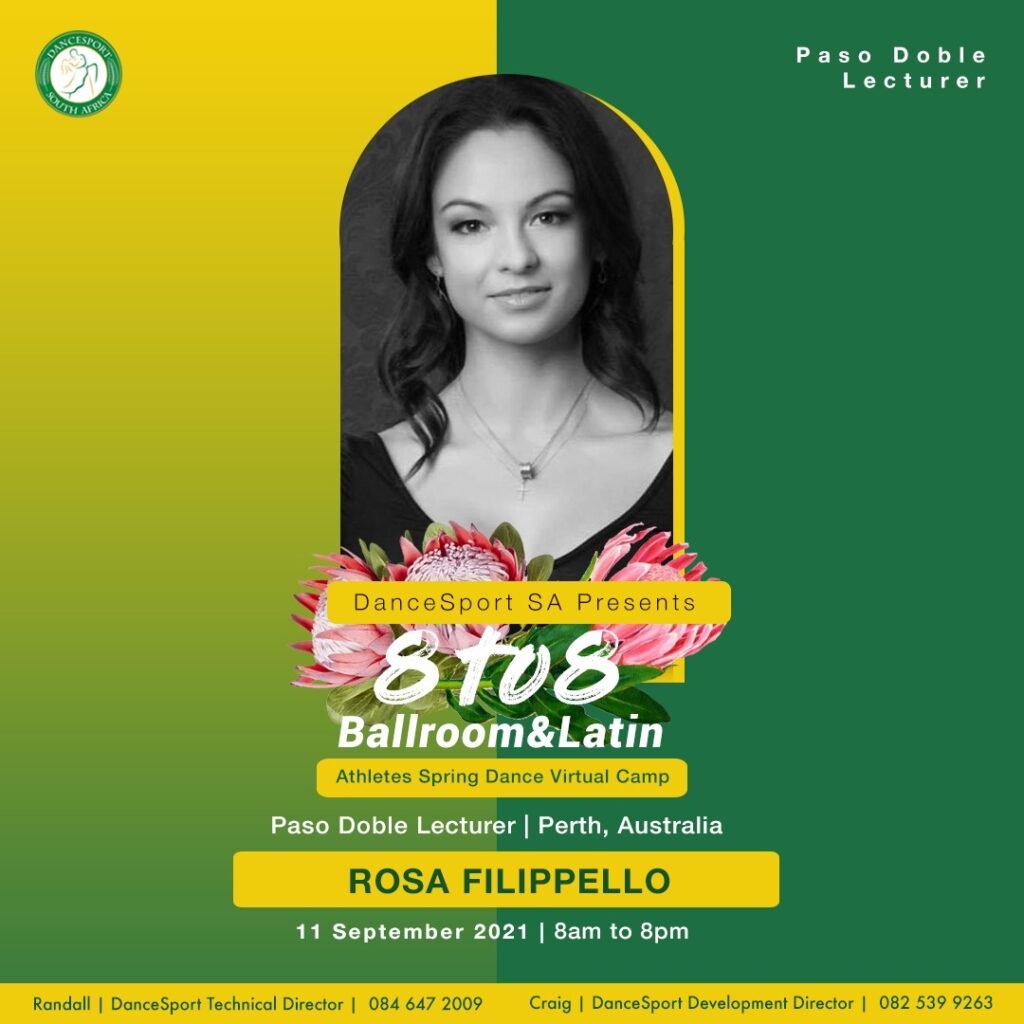 After being based overseas for many years Rosa is delighted to be back home in Australia and trains medalist and champion class competitors in Perth.

In 2018 Rosa launched her rhinestone brand ‘Flawless Crystals’ which proves to show that she is a lady of many talents.

We are fortunate to have Rosa as part of our team of lecturers to speak to dynamics relating to Paso Doble. 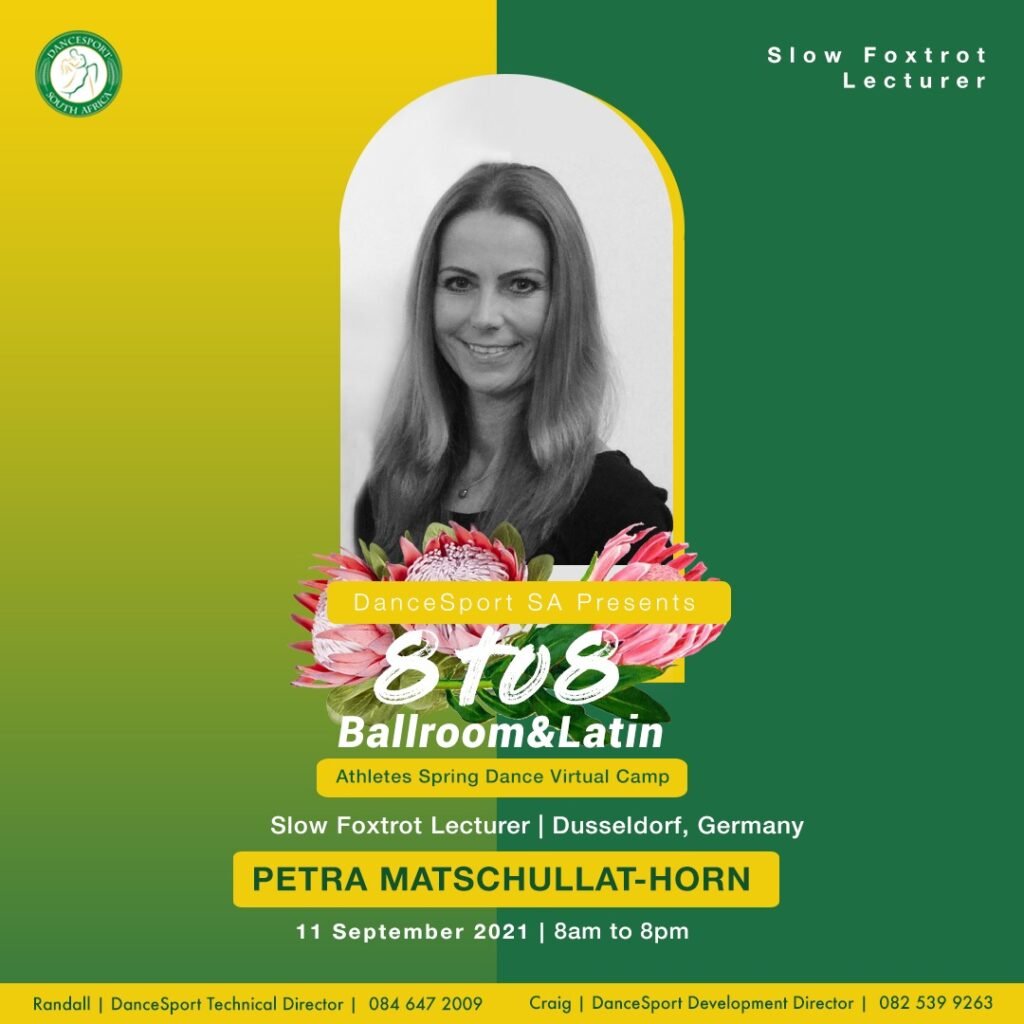 Petra is also a WDSF Adjudicator and Examiner and travels extensively internationally to judge and examine DanceSport. Petra prides herself in being one of the top class International DanceSports trainer and choreographers.

Petra will share her knowledge and experience with us in a lecture about the beautiful Slow Foxtrot. 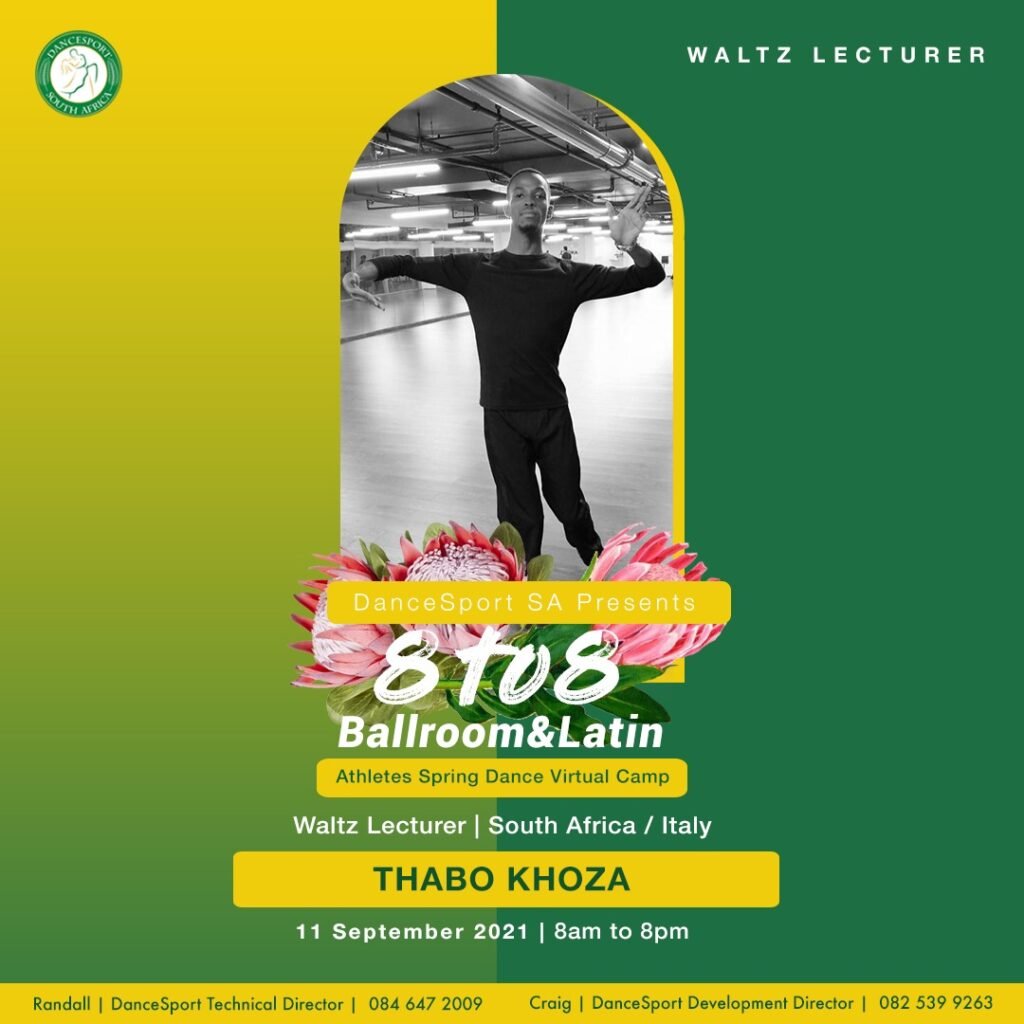 Thabo Khoza is a well known name in the South African DanceSport fraternity. Born in the beautiful South Africa City of Durban in Kwa Zulu- Natal, he started dancing in 2002 and within 2 years he represented South Africa at the WDSF World Junior II Standard Championships.

After going through the ranks and age groups he decided to turn Professional in 2009 and represented South Africa from 2014 to 2018 in numerous Championships and traveling extensively every year.

Thabo also ran his dance studio while being an active athlete. He is currently based in Italy and continues to pursue his career as a professional athlete. 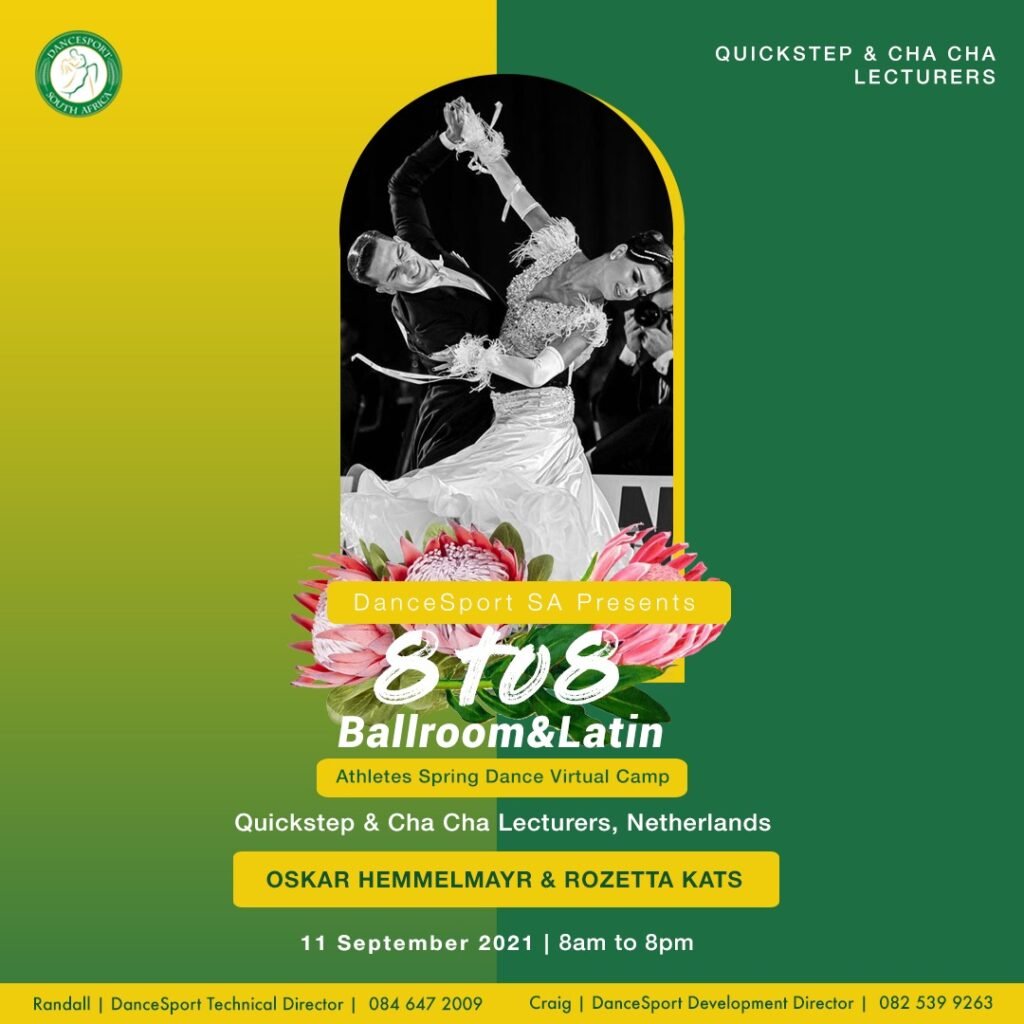 They both study at the world famous DanceSport Institute in Italy and have been since 2017. Oskar has been promoted to the prestigious DanceSport Academy in 2019. 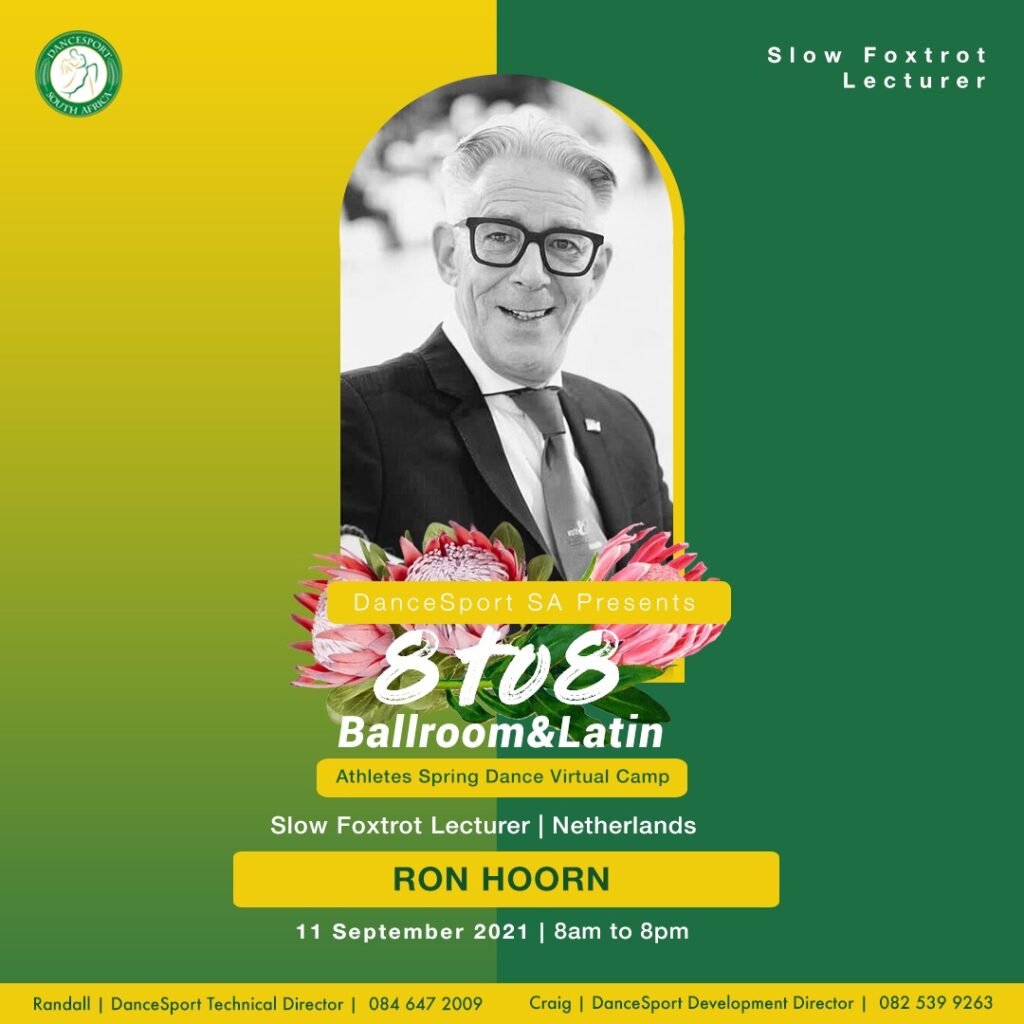 Ron Hoorn having been a NADB Ambassador of Foreign Affairs and National and International Adjudicators for NADB and WDSF had his first dance lessons as an 11 year old boy, which makes him a lifelong learner in Ballroom Dance.

For 25 years in a row he has been running two social dance schools in the Netherlands and competed very successfully all over Europe first as an Amateur and later as Professional dancer.

20 years later, he is as freelancer traveling all over the World as international adjudicator (including many European- and World Championships and Grand Slams), and as 10-Dance teacher/trainer/coach and working with top amateur and professional couples. 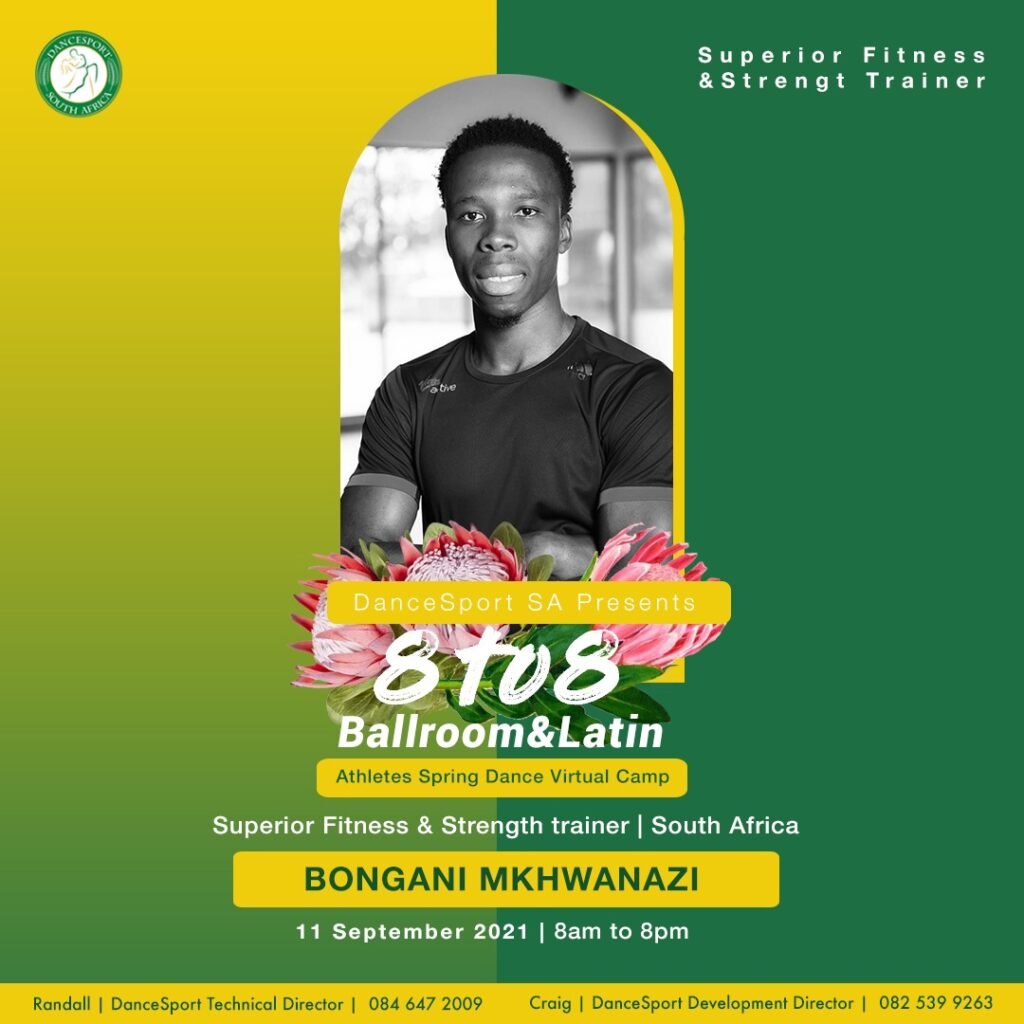 Bongani Mkhwanazi is a certified personal trainer and fitness coach. His speciality is extreme fitness in sport. Bongani is an OCR athlete working as a Personal trainer at Virgin Active since 2015. He is passionate about helping people change their lives in the simplest and most realistic way possible. Bongani believes that everyone deserves the right to good health and to be happy with themselves inside and out.

Getting fit and healthy does not have to be difficult, but often times it is. Why is that? With so much conflicting and contradictory information out there it can be very frustrating and confusing to know what to do. Guess what? You’re not alone- BongZ will have our hearts pumping to the fullest after the elongated break from Dancesport during the COVID 19 time in an electrifying fitness session during our camp. 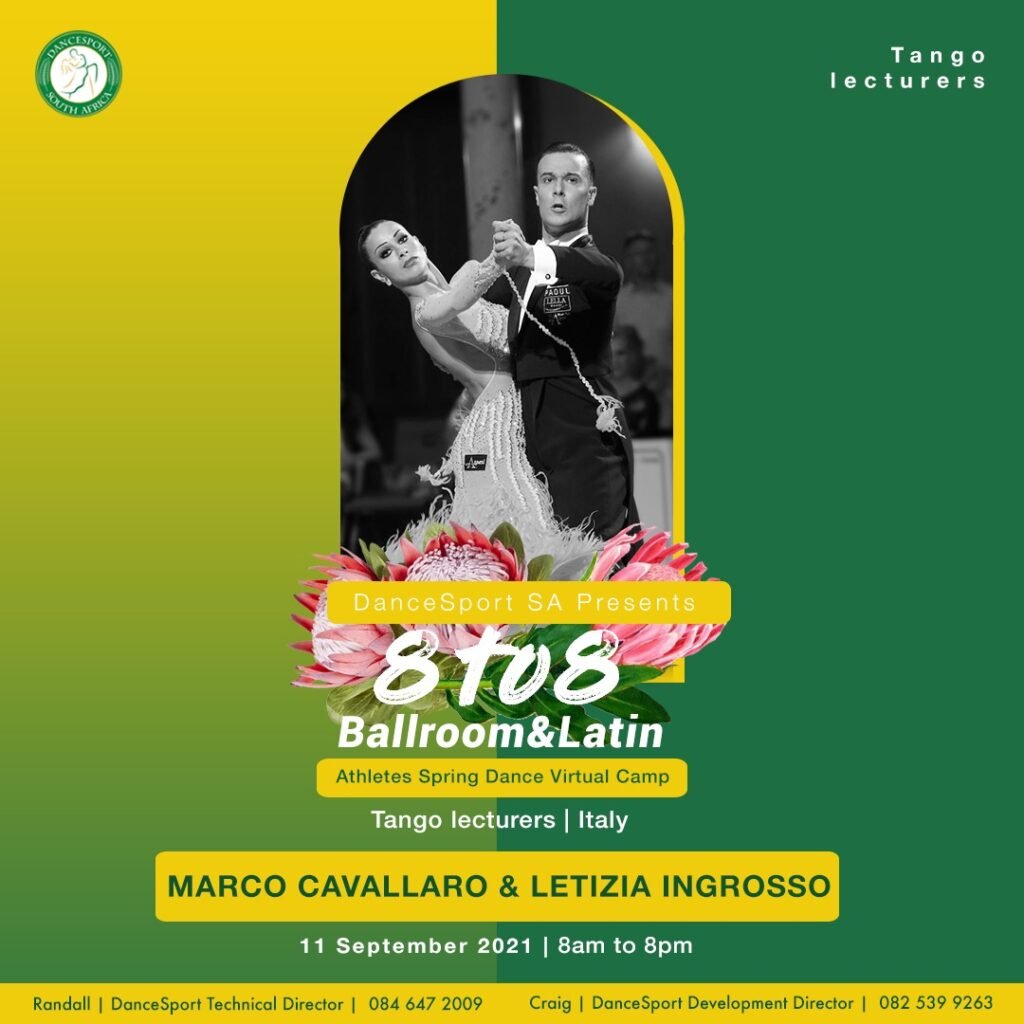 This dynamic duo has been dancing together for the oases 11 years. Already their dance experience together exceeds 50 years! Previously Marco danced with Joanne Clifton representing England for 12 years and Letizia with Andrea Zaramella representing Italy and both of them were finalist at the Blackpool Dance Festival in Under 21 category.

Since they started to dance together they have trained with the top teachers in the World and being coached by Davide and Olga Cacciari in Molinella(Bologna). Their series of result have put them on the podium of every major competitions around the world.

They are several times bronze medalists at World and European championships, Grand Slam Series including German Open Championships in both Amateur and Professional category. They are 5 Times Italian champions in Amateur and Professional and are now dedicated to research and development of Dance Sport. They are training some of the best talent around the world and adjudicating many comps as well in Italy and other parts of the world!